Last week, we set the stage for Super Bowl LIV advertising. Because of the spending dollars and the scope of Super Bowl advertising, we divide our analytical discussion into two articles. Today, assessing the Super Bowl of advertising –part one. Tomorrow, we present part two.

Is It Worth the Cost?

Assessing the Super Bowl of Advertising — Part One

Generally, the question of whether Super Bowl advertising is worth the cost has been addressed over the years. Tomorrow, we look specifically at Super Bowl 2020 (LIV).

Just a few days ago, Alexandra Samet made excellent observations for Business Insider on this topic. Below, we offer highlights from that article:

“In an increasingly digital-obsessed world, the Super Bowl remains one of the last draws of audiences to traditional TV for viewing commercials. This globally televised game not only captivates sports fans around the world. But it throws down the gauntlet for advertisers interested in fighting for their 30 seconds of screen time.”

“This event has been at the top of the annual most-watched broadcast list for decades. However, Super Bowl viewership has leveled off since its 114 million peak in 2015. And overall NFL viewership has also seen a decline. Recent studies also found that viewers are not giving commercials their full attention. As many as 10% of consumers forget the brands advertised; and 33% do not recall seeing the commercials in the first place.”

“With a $5 million dollar price tag just for a 30-second ad spot and additional costs such as ad creation, publicity, and other elements of the campaign, not to mention the costs to re-run the commercials after the Super Bowl, these brief commercials are a drain on any annual budget.” 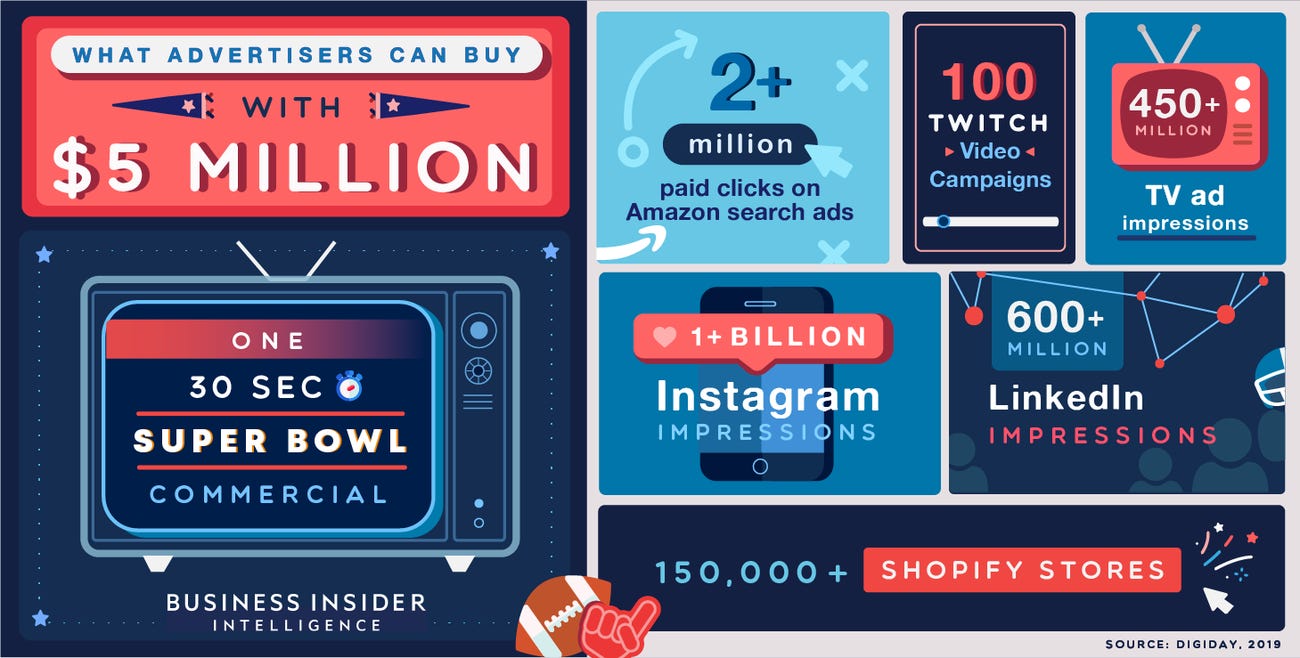